Everybody surprised during last month’s Mobile Congress 2012 event where Nokia announced the world’s first phone with a massive 41 megapixel camera. This resolution in fact tops most DSLRs and the professional high-end cameras. Well, megapixels don’t matter at all after a certain point. Read on… 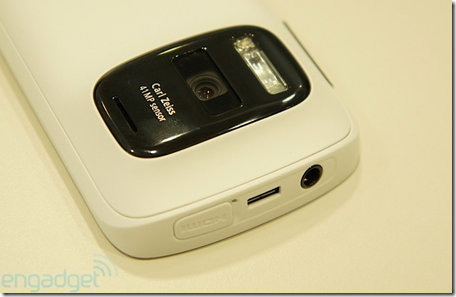 Before discussing about the latest Nokia phone hype, read what exactly a megapixel (MP or Mpx) from Wikipedia –

“A megapixel (MP or Mpx) is one million pixels, and is a term used not only for the number of pixels in an image, but to express the number of image sensor elements of digital cameras or the number of display elements of digital displays. For example, a camera that makes a 2048 × 1536 pixel image typically uses a few extra rows and columns of sensor elements and is commonly said to have "3.2 megapixels" or "3.3 megapixels", depending on whether the number reported is the "effective" or the "total" pixel count (as opposed to the 2048 × 1536 = 3,145,728 finished image pixels).”

There is always a misunderstanding that the more megapixels, the better the image quality. The megapixels count refer to the number of pixels that the camera’s sensor can capture. In the case of a mobile phone, it can only accommodate a small sensor which is the electronic plate that turns light into pixels. A large sensor like those that are found on actual DSLR cameras (or any medium camera) accommodates spacious pixels and take beautiful images even if the megapixel number is lower.
Adding to this point, Delhi-based Sajjan Kumar, general manager, imaging division, Nikon India Pvt. Ltd, told LiveMint –

“the quality of an image taken by a camera is determined by a combination of sensor type, sensor size, image processor (engine of camera), lens quality, camera settings, shooting conditions and finally, the person behind the camera. The perfect combination of the above only can ensure a mind-blowing image.”

Also, the naked eye cannot tell the difference  between 5 MP and 41 MP or 100 MP if you are printing on a smaller page or if you posting that picture on Facebook. Megapixels matter if we had a printer big enough that can be plastered on the size of a house!

“Nokia is aware of this, and company spokespersons can confirm that the 808 PureView is not meant to replace high-end DSLRs. Instead, the phone uses a complicated programming algorithm to create high-quality 5 MP images out of the 41 MP sensor. The real trick is allowing up to 3x zoom, without using any optics—optical zoom on a camera phone being only marginally better than digital zoom. Instead, the user can simply select the part of the image that they want, and “enlarge” it using a digital algorithm, to give detailed, high-quality zoom.”

The catch is here is the fact that higher numbers sound better and most manufacturers focus their marketing gimmicks on the number of megapixels their cameras can provide.
[Image]