May be, in the future, your Android smartphone could run the same apps on your Google powered computer too. A recent patent filing by Google shows the tech giant is in the process of bringing its mobile operating system, Android, to desktop and notebook computers.

With Apple already integrating more iOS powered features into its next OS X, Mountain Lion, the trend of the tablet moving into the desktop space started. Even Microsoft is in the race with Windows 8 and Windows Phone operating system. 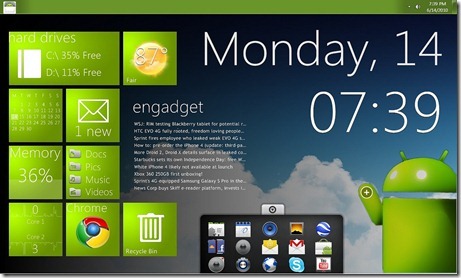